Arizona radio sportcaster John Gambadoro reported via Twitter today that Red Sox Bench Coach Torey Lovullo will indeed become the next manager of the Diamondbacks. Lovullo is known to have a long relationship with the Diamondbacks new General Manager, Mike Hazen, who left the Sox for the top job with Arizona last month. Lovullo and Hazen worked together in the Cleveland organization.Lovullo is to be announced as the Arizona manager on Monday. He replaces former manager Chip Hale, who was fired October 3. 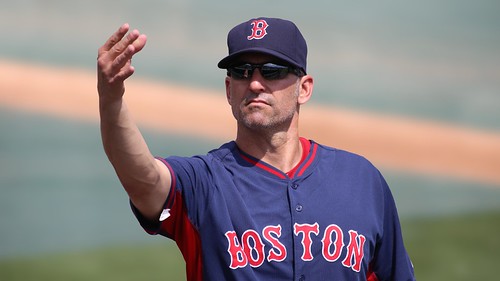 Lovullo will be the third Red Sox to join the Diamondbacks in the space of three weeks. After Hazen, it was announced that Sox VP of Amateur & International Scouting, Amiel Sawdaye, would join the club as its new Assistant GM.

None by the most ardent fans typically know much about the Sox bench coaches. You may recall, albeit vaguely, names like Tim Bogar, DeMarlo Hale, and Brad Mills.

But fans no doubt feel they got to know Lovullo better when he stepped in admirably for the ailing John Farrell late last season. His loyalty to his friend and to the team (he agreed to forego any managerial opportunities to stay with the club in 2016) was overshadowed only, perhaps, by the club’s improved performance under his guidance. That MLB-level managerial experience only added to his appeal for the Arizona job.